Last week was another successful week of Nature camps, and we've got some photos to prove it!

In other news, we've been given the go-ahead to add some new features to the blog. Upcoming projects include a slideshow of camp and nature center photos, as well as a section for staff and volunteer biographies. If you have any ideas for other features you'd like to see on the blog, let us know in the comments below!


Posted by Frederick County Parks and Recreation at 7:41 AM No comments:

We wrapped up one of our most popular camps last week, where campers learned tricks and traps to survive out in the wild. Our survivors had tons of fun, as evidenced by some of the photos we took.


Posted by Frederick County Parks and Recreation at 3:26 PM No comments:

After another long week of camps, we decided to make a bit of a different blog post this week. One of our interns has been working on deciphering the history of the park's land, and here's what we've learned so far.

The land on which Catoctin Creek Park and Nature Center sits was originally the home of John and Sarah Ann Sanner, who established a farmstead on the land in the mid-19th century. In 1866, the property was purchased by Oliver and Hanson Boyer, and the land remained in the Boyer family until 1913. After the Boyers sold the property, the land changed hands many times until being purchased by the Frederick County Board of Commissioners in 1974.

The ruins found on the lands of Catoctin Creek Park are federally protected as part of Historic Site 18FR994, "The Spring Secured".

While our intern is still busy trying to find the land records of the park in the State archives, we were also able to get in contact with a relative of a family who lived there. She provided us with some wonderful historical photos, as shown below.


As we learn more, we will create a separate section in the blog for historical and archaeological information about the park. Stay tuned!
Posted by Frederick County Parks and Recreation at 4:24 PM No comments:

Like the Luna moth caterpillar that our Eco-Adventure campers found Wednesday, week 3 of our nature camps has wrapped up! Photos of the Luna Moth caterpillar and its coccoon (as well as a video of our cockroach races) are coming soon, but here are some other photos from the week.


Posted by Frederick County Parks and Recreation at 5:33 PM No comments:

Several weeks along, still going strong! Here are some photos from the past week at Catoctin Creek Nature Center!
﻿ ﻿


Posted by Frederick County Parks and Recreation at 2:37 PM 1 comment: 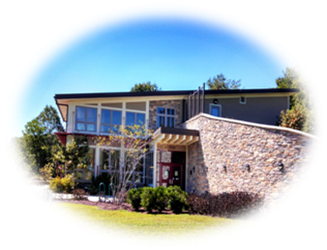